Trust nobody. Or trust everybody?

You may have read the story in NO EASY MONEY told by Dale Hunter to the young entrepreneur next door explaining it as Rule #1 – Trust nobody.

An old shopkeeper had decided it was time to teach his young son about the business. He told him to climb up the ladder to the top shelf, then jump down into his arms. “Don’t worry, I’ll catch you. Trust me.” The boy jumped, his father stepped back and watched him crash to the floor. He looked at his distressed son and said, “That’s Rule #1 – Trust nobody.”

But he was wrong. That’s no way to run a business. In fact, you have to trust everybody. Until they prove otherwise. After a few bad experiences, it’s easy to become cynical and distrustful. It’s more fun and more profitable for everyone if we play by the rules and trust each other. That’s really Rule #1. I’ve posted many times on that theme at: LearningEntrepreneurship.com. You can click through to the Blog Posts, if you’re interested in similar issues for entrepreneurs.

Now I’m working on the next Dale Hunter Thriller novel, called TRUST NOBODY – Or trust everybody?, exploring the consequences of desperate tactics employed to protect a carefully crafted false image of trust and respectability. Frank the Fixer and the Montreal Mafia are back in business!

Meanwhile, I’m enjoying Louise Penny’s, The Madness of Crowds, and learning a how well 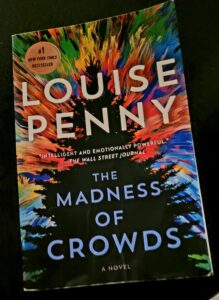 she incorporates some ugly true stories in Montreal’s past into the novel, as well as exposing the difficult issues of managing the truth against the conspiracy theories and the masters of deceit who spread hate and violence through social media.

I’ve also recently read Jo Nesbö’s epic novel, The Redbreast, which delves into the controversial history of Norwegian collaborators during World War II. It’s a fascinating story of violent crime interwoven with issues of patriotism and cowardice that remain difficult to discuss.

With both novels I’m left wondering if including the truth in a work of fiction is helpful and informative or just adds to the confusion over where the truth ends and the fiction begins. We already have too many fictional stories competing for our attention and pretending to disclose the truth. I’ll try to make it clear, 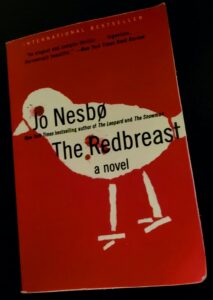 not confusing, in my own efforts at mixing history with fictional stories and I’ll count on my perceptive early readers to keep me on track. Don’t be shy with your observations and advice!

And what are you reading for the holidays? Don’t forget the Dale Hunter novels if you’re looking for gift ideas! You can learn more and use the quick links to buy at: DelvinChatterson.com/Dale-Hunter-Novels/.