From writer to reader

During our recent panel discussion at the Atwater Library with Montreal crime writers, members of Crime Writers of Canada  (https://www.crimewriterscanada.com/), we were asked what writers we would 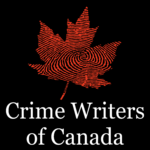 recommend who represent the best of what we do. Here are our recommended lists for you to consider. Please advise of anyone we missed!

Each writer, their genre, and their recommended list of crime fiction writers:

Delvin Chatterson (www.DelvinChatterson.com), with three published novels in the Dale Hunter Series about crime and corruption in the international computer business of the 1980s, I’ve been influenced by these  writers:

We would love to hear your version of best writers in the genre that you’re reading and we’re writing.